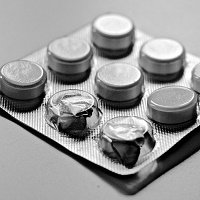 An increasing body of evidence is showing that top-selling antidepressants may increase the risk of bone fractures by 50 per cent. This is in addition to the already well-known side effects of nausea, insomnia, nervousness, dizziness, tremors, and weight gain. These drugs are also frequently prescribed to people suffering from anxiety and other mental health disorders.

Antidepressants are categorised under a class of drugs known as selective serotonin re-uptake inhibitors (SSRIs) and include Zoloft, Prozac, Effexor, Celexa and Paxil. These drugs work by preventing the sudden surge in serotonin levels – the ‘feel-good’ hormones in the brain.

Several studies in recent years have highlighted the significant link between antidepressants and the development of bone fractures. In a 2008 research study, scientists found that women who are taking SSRIs are at 30 per cent greater risk of sustaining a spine fracture and 20 per cent risk on other sites, such as the pelvis, femur, and hand. In 2007, University of Minnesota researchers revealed that women who take antidepressants are twice as likely to develop a bone fracture, than those who do not use SSRI’s. A second study carried out by the Oregon Health and Sciences University found that women who took SSRI medications tend to have low bone mineral density.

Numerous studies do not just point out the debilitating effects of using pharmaceutical antidepressants, but also its ineffectiveness. Because of this, more and more mental health experts are favouring the use of complementary therapies for depression and related illnesses. Psychotherapy and cognitive behavioural therapy, along with proper diet, regular exercise and stress-free lifestyle are among the proven ways to manage and overcome depression.