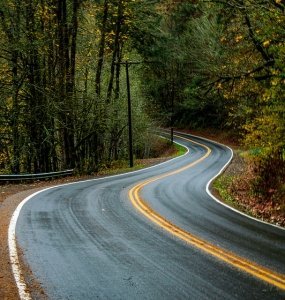 Cancer support may come in many forms – family, spiritual, emotional, physical, dietary, naturopathic medicine and medically… Most people will need support in all areas. Naturopathic support can be on a number levels dependant upon the patient and the cancer.

Cancer,  known medically as a malignant neoplasm is a broad group of various diseases, all involving unregulated cell growth. In cancer, cells divide and grow uncontrollably, forming malignant tumors, and invade nearby parts of the body. The cancer may also spread to more distant parts of the body. There are over 200 different known cancers that afflict humans.[1]

Determining what causes cancer is complex. Many things are known to increase the risk of cancer, including tobacco use, certain infections, radiation, lack of physical activity,obesity, and environmental pollutants.[2] These can directly damage genes or combine with existing genetic faults within cells to cause the disease.[3] Approximately five to ten percent of cancers are entirely hereditary.

In 2007, cancer caused about 13% of all human deaths worldwide (7.9 million). Rates are rising as more people live to an old age and as mass lifestyle changes occur in the developing world.[4]

Symptoms of cancer metastasis depend on the location of the tumor. When cancer begins it invariably produces no symptoms with signs and symptoms only appearing as the mass continues to grow or ulcerates. Few symptoms are specific, with many of them also frequently occurring in individuals who have other conditions. Cancer is the new “great imitator“. Thus it is not uncommon for people diagnosed with cancer to have been treated for other diseases to which it was assumed their symptoms were due.[5]

A disease caused by environmental factors

Cancers are primarily an environmental disease with 90–95% of cases attributed to environmental factors and 5–10% due to genetics.[2]Environmental, as used by cancer researchers, means any cause that is not inherited genetically, not merely pollution.[7] Common environmental factors that contribute to cancer death include tobacco (25–30%), diet and obesity (30–35%), infections (15–20%), radiation (both ionizing and non-ionizing, up to 10%), stress, lack of physical activity, and environmental pollutants.[2] Infection– Worldwide approximately 18% of cancer deaths are related to infectious diseases.[2] This proportion varies in different regions of the world from a high of 25% in Africa to less than 10% in the developed world.[2]Viruses are the usual infectious agents that cause cancer but bacteria and parasites may also have an effect. A virus that can cause cancer is called an oncovirus. These include HPV human papillomavirus (cervical carcinoma), Epstein-Barr virus (B-cell lymphoproliferative disease and nasopharyngeal carcinoma), Kaposi’s sarcoma herpesvirus (Kaposi’s Sarcoma and primary effusion lymphomas), hepatitis B and hepatitis C viruses (hepatocellular carcinoma), and Human T-cell leukemia virus-1 (T-cell leukemias). Bacterial infection may also increase the risk of cancer, as seen in Helicobacter pylori-induced gastric carcinoma. Parasitic infections strongly associated with cancer.

Cancers are caused by a series of mutations. Each mutation alters the behavior of the cell somewhat. Cancer is fundamentally a disease of failure of regulation of tissue growth. In order for a normal cell to transform into a cancer cell, the genes which regulate cell growth and differentiation must be altered.[40]The affected genes are divided into two broad categories. Oncogenes are genes which promote cell growth and reproduction. Tumor suppressor genes are genes which inhibit cell division and survival. Malignant transformation can occur through the formation of novel oncogenes, the inappropriate over-expression of normal oncogenes, or by the under-expression or disabling of tumor suppressor genes. Typically, changes in many genes are required to transform a normal cell into a cancer cell. Genetic changes can occur at different levels and by different mechanisms. The gain or loss of an entire chromosome can occur, more common are mutations, which are changes in the DNA. Large-scale mutations involve the deletion or gain of a portion of a chromosome. Genomic amplification occurs when a cell gains many copies (often 20 or more) usually containing one or more oncogenes. Disruption of a single gene may also result from integration of genomic material from a DNA virus or retrovirus, and resulting in the expression of viral oncogenes in the affected cell and its descendants. If significant error occurs, the damaged cell can “self-destruct” through programmed cell death, termed apoptosis. If the error control processes fail, then the mutations will survive and be passed along to daughter cells. Some environments make errors more likely to arise and propagate. Such environments can include the presence of disruptive substances called carcinogens, repeated physical injury, heat, ionising radiation, or lack of oxygen –hypoxia[42]