Skip to content
Previous Next
Mammography – what is the true value?

Mammography – what is the true value?

“Nearly 1 in 4 women are over-diagnosed with breast cancer”.

The research showed that there was absolutely no difference in survival rate between those who had mammograms routinely, and those women who did not. 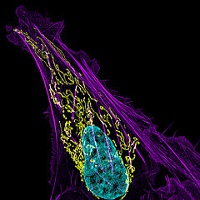 The true value of breast screening has experienced varying degrees of criticism. While many doctors see it as the be-all and end-all of breast cancer prevention, it’s really not preventing anything. Detecting… sometimes. Some are questioning its value because it bombards sensitive breast tissue with damaging radiation, which also has the potential to cause cancer.

Breast cancer is big business in the medical industry and most of the profit comes from routine mammograms. While women are understandably concerned about breast cancer risk, is it really about screening? A more sensible plan of attack is to encourage prevention.

Women should know how to protect themselves from breast cancer – it’s that simple.

A 2011 analysis of research found that mammography led to a 22% overdiagnosis of breast cancer; [1] which led to overtreatment – surgeries and chemotherapy that were not necessary. The research showed that there was absolutely no difference in survival rate between those who had mammograms routinely, and those women who did not.[2] The question then arises – what’s the point? If it’s not going to save lives in the long run, is it really worth exposing women to radiation once every 2 years that has the ability to cause DNA mutations and cancer regardless of, or in addition to,  previous cancer risk?

This brings us back to our main point – prevention is the better option. Can breast cancer be prevented? The answer is yes, in most cases it probably can – even if there is familial genetic history.

As with most other chronic illness and cancers, our modern lifestyle is largely to blame. The answer to the prevention question is simple: eat well, exercise, avoid alcohol, ensure that mind, body and spirit are well-nourished. There are some risks that are unavoidable, like toxins in the air, environment and electromagnetic radiation, but for the most part we can stop breast cancer, given the right conditions.