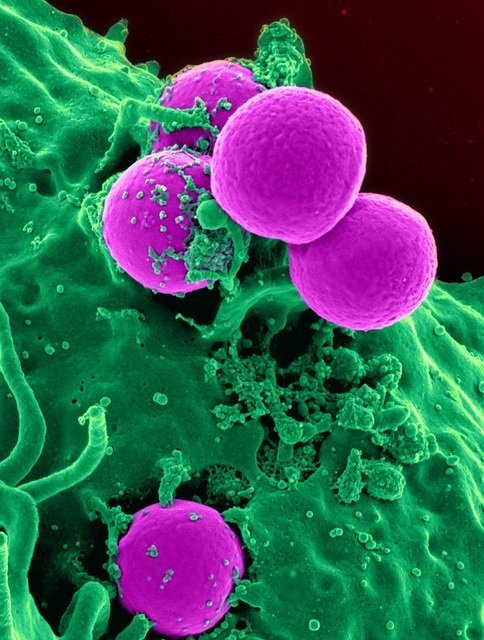 The breast, considered as the seat of the passions, affections, operations of the mind; consciousness; secret thoughts – Webster’s dictionary 1913… “Tut, I am in their bosoms, and I know wherefore they do it.” –Shakespeare. Breasts, the mammary tissue are particular to mammalians where the primary role is to suckle the young. Sociologists would suggest breasts  play a major role via the primal drive for attracting a partner as all creatures have their plumage and rituals. Women are very aware how some cleavage may influence an outcome and if cleavage wasn’t important to women plastic surgeons across the globe would be in bankruptcy. However, whatever the appearance or intended use, breasts can and do kill…

Breast cancer is  the most common cause of cancer related deaths of women in Australia with over 11,000 women (and 100 men) diagnosed each year and with near one in four dying. Around one quarter of newly diagnosed cases will be aged 20 – 45, half will be 50-69 and another quarter 70 and over. In addition younger women are more likely to have aggressive and larger cancers than older women and a lower 5 year survival rate….

Breast cancer starts in the ducts or lobules of the breast with Invasive Ductal Carcinoma accounting for 80% of all breast cancers. Factors that may influence breast cancer include not given childbirth or breast feeding, taking HRT for more than five years and having long term exposure to excessive Estrogens. If a woman is found to have either breast cancer gene BRCA1 or 2, then they have a 50% chance of developing Breast Cancer before the age of 70. That leaves 50% chance of not developing it as well!!! The breasts are notorious for retaining herbicides and pesticides such as DDT and Heptachlor which are carcinogenic. The American Institute for Cancer Research stated that as much as 33% of breast cancer could be prevented by diet, exercise and a healthy body weight.

Most breast changes are cyclic and can be labeled as called Fibrocystic Breast changes and are initiated primarily by Estrogens. Breasts can swell by an extra size or just become very tender with nodules, lumps and bumps changing principally before the period. A high proportion of breast, uterine and ovarian cancers have a direct estrogen sensitivity which is particularly stimulated by the nasty estrogens. Nasty estrogens are generated by inadequate liver detoxification in combination with a poor diet and excessive weight. Symptoms of nasty estrogens include period headache and migraine, excessive blood flow, long period, severe period pain and breast swelling… Intake of essential fatty acids and vegetables such as broccoli, rosemary, garlic and brussel sprouts will help facilitate improved estrogen metabolism along with increased exercise…

Research articles strongly suggest intake of selenium, vitamin E, tumeric, rosemary, broccoli and green tea as they will reduce breast problems and cancer risk not only for breast but ovarian, uterine and other forms of cancer. VITANOX is an exceptional product as it contains tumeric, green tea, rosemary and grapeseed extract, fantastic as a broad spectrum antioxidant, anti-inflammatory, estrogen detoxifier, anticancer agent and more. Vitanox is your insurance package in a bottle and any girls with family history should be supplementing selenium also as a long term preventative…

Both are available via prescription from the clinic…

Vitamin E has been shown to diminish estrogen receptive breast cancer cells by up to 75%. In addition estrogen receptor positive cells were found to be 30% less responsive to estrogen in the presence of vitamin E. The study also noted the Vitamin E has been shown to diminish breast tenderness, and breast cyst size in up to 90% of women with fibrocystic breast change. As the majority of breast cancers are “estrogen responsive”, and fibrocystic breast change is a major risk factor for breast cancer, Vitamin E would appear highly useful for all women…Nutrit. Cancer 2005

Headaches and the “pill”

A study of 13, 944 women using oral contraception found there was a significant association for the women taking estrogen-containing pill. The study concluded that women taking contraceptives containing estrogen were more likely to have headaches and especially migraines… Neurology 2006 – Estrogen is a vasoconstrictor which means it closes the blood vessels causing tightness – i.e. leading to headache or migraine in some women…

Analysis of green tea consumption has found consumers of high volume green tea may have a reduction of up to 20% of breast cancer incidence. Conversely, black tea may be associated with an increased late stage promotional effect on breast cancer. Carcinogenesis 2005

16 chronic smokers were given 1.5grams of tumeric per day for 30 days. Urinary secretions of mutagens were significantly reduced. The level of urinary mutagens is thought to correlate with load of carcinogens (substances which can induce cancer) and the effectiveness of detoxification pathways…2005

Breast scans could cause cancer in women at high risk

Mammogram breast x-rays may actually trigger breast cancer in some women, researchers have discovered. Radiation from the x-rays makes women with a family history of breast cancer more than 50% more likely to develop it. Writing in the “Journal of Clinical Oncology”, cancer specialists said women who are genetically predisposed to the disease because of the faulty BRCA1 or 2 genes should consider asking for MRI scans, which do not emit nuclear radiation. Dr. Angela Bradbury of Chicago Uni said “Additional imaging tools to detect early breast cancers in high-risk women must urgently be pursued.” D. Mail 27.6.06

Selenium reduces breast cancer by up to 90%

In attempts to simulate the effects of diet on human breast cancer development groups of female mice infected with mammary tumor virus (MMTV-) were maintained on diets formulated to resemble the typical American, Bulgarian, and Japanese diets. The incidence of mammary tumors was the highest (84%) in group of mice receiving the simulated sugar- and fat-rich American diet, which was also low in selenium 0.15 ppm. The appearance of mammary tumors was delayed in the mice maintained on the simulated Bulgarian diet, and the final tumor incidence (27%) paralleled the correspondingly lower Bulgarian breast cancer incidence. The simulated Bulgarian diet contained 70% more Selenium and was lower in fat, meat, sugar and higher in complex carbohydrates than the simulated American diet. In the mice fed the simulated Japanese diet, the appearance of mammary tumors was also delayed, and the tumor incidence was diminished to 47%. In this diet, fish meal was a major source of Selenium, which is known to have low bioavailability. Additional supplementation of the Japanese-type diet with bioavailable Selenium lowered the tumor incidence to 10%.  University of California1989…