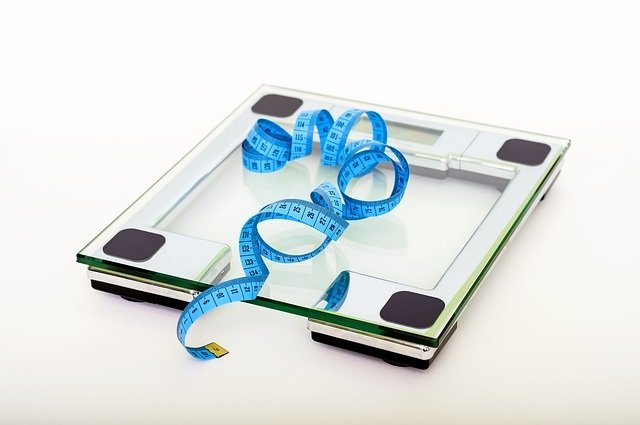 The new age term for the current epidemic of “Obesity” and “Diabetes”. Medically described as “Metabolic Syndrome”, this syndrome in fact is the dynamic result of insulin resistance driving obesity, eventually with concurrent diabetes and  blood vascular problems (endothelial dysfunction) which drives insulin resistance and obesity and so the circle is complete and perpetuating… Not to mention associated cholesterol and triglyceride (blood fats) problems called hyperlipidemia. The culmination will be certain early death via a cocktail of drugs, accompanied by a range of arthritis, dementia, cancer, stroke or cardiovascular disease and erectile problems in males just to name a few. All this from basically being overweight for an extended period of time…mmmm But hey, its only about 50% of the population that are at risk or already have diabesity…This should only cost a few squllions in health care, lost productivity etc

Diabesity can be assessed by one easy marker or combination of more technical data. The easy one is waist circumference at the belly button. (Hip to waist ratio is actually more technically correct, however this is easier.) Males should be at 98cm or less, females at 88cm or less. The other tests involve knowing blood pressure, it is to be 135/85 or less, good cholesterol (HDL) at 1.3 or greater, triglycerides at 1.7 or less…Blood sugars would be nice if it is 5.6 or less….

Excess caloric food intake, not enough exercise, modern conveniences, stress and the list can go on… I was watching an article about female enlistment in the Second World War, wow, all these girls were trim. I guess in that time, washing clothes was hard work, they probably walked to the shops and  a treat was a boiled lolly. Didn’t everyone’s grandma walk a mile or five just to get to school and back every day?…

The number one marker for metabolic age is muscle mass. Muscles burn energy ergo muscles are good for you…Body fat for males should be roughly 20% or below and 30% or below for females…If you are not sure of your markers the clinic has very clever “bio impedance” scales that can inform of these sorts of details including muscle mass, fat percentage, bone mass, daily calorie requirement, water percentage and metabolic age…Losing weight is only good when you are losing fat along with keeping or building muscle. Who looks better – Elle McPherson or Posh Spice? Which has the toned trim body and which is usually sunken and gaunt, so gaunt she had to have surgical enhancement to show some shape? Bioimpedance scales certainly let you know whether you are on track or not. A tape measure across the body is a useful indicator also…

How to avoid it…

The usual, eat well which is more fish, eggs, nuts therefore increasing good fat intake reducing the bad body fat, These foods also deliver excellent protein for muscle building to cope with a new exercise level to be obtained. Fat doesn’t fall of, it must be burnt by exercise or movement. It takes around 20 hours of walking to burn of 1kg of fat…And I’m sure most people would have rewarded themselves with something after accumulating 20hours or equivalent of exercise. Biggest Losers train 6-8 hours a day, and regulate their calorie intake. So it can be done, it is just unrealistic to get it done as quickly as that.

Vitanox is a must, not only as an antioxidant and cholesterol aid, but very much for vascular health – this “endothelial dysfunction” is a massive driver of diabesity and Vitanox dampens endothelial dysfunction very nicely…( stops cardiovascular disease and stroke basically). Reduce intake of grain based carbohydrates – cut back on bread, pasta, cakes and breakfast cereal + potatoes. As always eat lots of fresh vegies and fruit – the cheapest and best food to eat. Fruit sugars do not upset blood sugars/ insulin sensitivity any where near what grains do!!! Resist X – herbal tablet for “Diabesity” – contains cinnamon, ginseng and more…Reduces blood sugars, burns fat, increases brain functioning and endurance exercise and was specifically designed to deal with diabesity… Doesn’t fix it overnight, but is certainly very handy over 3 to 12 months….Protein meal replacements  may be required  in the early stages or in severe cases. Summer is here, eat lots of good food, have a wine or two, exercise your butt off and enjoy life.

MILLIONS of weight-conscious consumers believe it is a healthy choice: low in kilojoules and sugar-free. But diet cola can make you fat and rot your teeth, according to new research. A study by consumer group Choice warns drinking artificially sweetened soft drinks can stimulate the appetite and trigger cravings for sweet foods. Ironically, this can lead to consumers putting on more weight than they would have by drinking regular cola. And despite having no sugar, diet drinks are not safe for teeth because they contain phosphoric acid or citric acid, which cause tooth enamel to erode. “It’s different from decay, but can be just as bad for your teeth,” the report warns… Diet colas usually contain at least two sweeteners that can be many hundreds of times sweeter than sugar. Some have been linked to increased risk of cancer in rats.  – Herald Sun April 2007

Cinnamon is good for diabesity

Cinnamomum cassia -contains a substance called methylhydroxychalcone polymer (MHCP), which is a hydroxychalcone. MHCP functions as a mimetic of insulin, triggering the same cascade as the insulin signaling pathway, and therefore the same biochemical consequences. 10  i.e. – Cinnamon works the same as insulin…