Health – Not just the absence of Disease 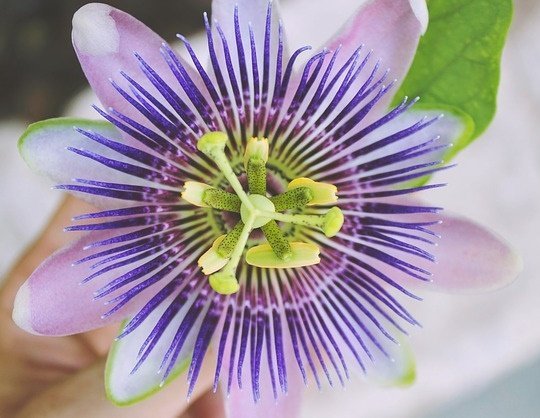 This is an edited version of a speech delivered by Dr Ian Brighthope   on Wednesday 4th September 2002.  to the National Press Club Telstra Address – Challenging the Health paradigm. This speech represents an important event for complimentary health care industry as mainstream journalists were given the opportunity to hear about the power of nutritional medicines and the double standards often employed in comparing complimentary and orthodox medicines.

What if I told you, that science had discovered a pill that could halve your risk of dying from cancer and slash your chances of contracting cancer at all? That when this substance was tested in a randomized controlled trial, the trial had to be stopped because of: “the apparent reductions in total cancer deaths and total cancer incidence” in the experimental group. The researchers could no longer ethically justify not giving this substance to the placebo group. What if I told you that if everyone diagnosed with heart disease took a particular supplement, his or her chance of dying of this disease is enormously reduced. That when researchers in the U.S. looked at this substance as a possible disease treatment, they projected they would save 310,000 lives over a 10-yerar period in the U.S. alone?

Well all this is true. These substances have all been discovered, tested and have stood the test of time. The substance that will prevent your cancer is a mineral called selenium and the paper I have quoted is from the Journal of American Medical Association. And the supplements that will dramatically reduce your chances of dying from heart disease are called folic acid and vitamin B12. This was also published in the Journal of American Medical association. All of these are cheap and very safe. I could tell similar stories about vitamin C, zinc, saw palmetto and coenzyme Q10.

The Future of Healthcare

I have been a nutritional doctor for 25 years and I have treated thousands of patients, frequently very sick people with all manner of illness, including cancer and psychiatric diseases. But I write an average of only a few scripts per year. Most people don’t know the power of these substances, so today I want to talk about the future of health care in this country and how I believe we can improve it. Over the past two decades, Australians have enthusiastically embraced natural health care products and philosophies. They frequently position natural products as their first choice in health care. This phenomenon is not peculiar to Australia, as there is a worldwide trend to safer health care.

Health is more than just the absence of disease…

Despite the obvious fact that the public are voting with their feet, there is still an astonishing amount of opposition to natural health care in this country. The basis behind much of this resistance, especially in the medical, political and research professions is what I call the “drug and disease” paradigm. Health is more than the absence of disease. This concept is not simply a question of syntax, but shapes our entire health system. In fact our Health Department should be called the “Disease department”. Our entire system of health care is devoted to the idea that you wait until you get a disease, then you choose a drug to fix it. The other alternatives in medicine are surgery, radiotherapy or wait and see. Once a person is diagnosing with a disease, the costs begin to add up. While the monetary cost is certainly substantial, the human toll of pain and suffering, and the impact on productivity and the lives of family and friends can be shattering. We believe healthcare is more than that. Optimum health should be an objective for everyone.

We understand the concept of servicing our cars and not waiting until they break down before we call the mechanic. Similarly, it’s cheaper to aim for optimum health than to spend on disease and cure. The killer diseases, like heart disease, cancer, stroke, diabetes, and asthma are in many cases the culmination of many years of effort. Doctors are trained to think and act in terms of disease.

An example of health promotion activity is to compare the cost of a Coronary Artery bypass with the Ornish program. The ornish program is a viable and cheap series if intensive lifestyle changes that has been proven to lead to regression of coronary athersclerosis after one year. Bypass surgery must be the ultimate example of disease care, the human equivalent of changing a punctured tyre and not picking up the nails on the road. Increasing the amount of omega 3 fatty acids from fish in the diet will not only prevent coronary artery diseases but also reduce cancer rates, stroke, heart attacks, improved diabetic control, and is effective in depression. A recent study has shown that folic acid, vitamin B12 and vitamin B6 can prevent blocking of arteries after angioplasty. How often does this get recommended to people at risk of heart disease?

Depression is another example of a condition that causes untold heartache, receives enormous amounts of government and research funding and is seen only in the context of drug and behavior therapy. Depression is a biochemical illness and the self-evident idea that depression is not a Prozac deficiency is ignored.

Cancer is an enormously complex set of diseases, the result of genetic, nutritional and environmental factors. Nutritional deficiencies always occur in sufferers, and surgery/ radiotherapy/chemotherapy options (sometimes called the cut, burn and poison school of treatment) actually make these deficiencies worse. Nutritional supplements improve outcomes, reduce toxicity of treatments and provide a better quality of life. Patients treated this way have extended life spans and can tolerate a higher dosage of chemotherapy and radiotherapy.

One of the cases that most astonishes me regarding the lack of nutritional common sense among doctors is surgery. Imagine for a moment the changes on a physical and biochemical level for the body. First consider the stress of needing surgery. Then during the actual event the liver is must metabolise large amounts of anesthetic, then the body must repair itself, making new tissue to bridge incisions. And in this weakened state, the body is exposed to a raft of other ill people and all kind of infections.

Why isn’t the current system working?

So let’s look at our disease/medical system. The Medical Journal of Australia has estimated that each year, more than 81,000-hospital admissions are due to adverse reactions to prescibed medicines. This costs our disease budget $350 million/ year. The main offenders include cardiovascular drugs, antibiotics, blood thinning drugs, anti-inflammatory drugs. Aspirin causes bleeding in the gut, paracetemol is toxic to the liver (killing people), antidepressants increase the risk of suicide and calcium channel blockers increase the risk of heart attack.

Promotion of the complimentary medicine industry

Complimentary medicine needs appropriate recognition by the government, the media and the community for the important contribution our products and services make to the real health of Australians. We need a fair go from the media. Some of the worst designed and poorly conducted trials critical of natural medicine get front-page treatment, while better trials get completely ignored. At the same time, almost every press release from a major pharmaceutical company that parades a highly paid specialist showing of an expensive new drug is treated as gospel. We need increased government funding for research on our products and we can fund this by the savings we can make on the PBS. We need changes within the government regulatory body to reduce regulatory costs to the industry, facilitate registration of new products and reduce the barriers to exporting our products to make us competitive with the rest of the world. And we need GST removed from our products. People who take proactive health care should be rewarded, not punished.

There is also a need for high quality, independent pharmaco-economic research that answerers the question of value in both medicine and health. Cost effectiveness in health and medicine is a national issue, if everyone were healthier, we would have extra dollars to spend on education, research, and other services or infrastructure for the Australian public. Making people healthier is cheaper and faster than developing new drugs.

There are double standards that exist in judging orthadox and natural medicines. It was reported in the British Medical Journal “ critics of natural medicines often seem to operate a double standard, being far more assiduous in their attempts to outlaw unevaluated complementary practices than unevaluated medical practices. Double standards might be acceptable if orthadox medicine was based solely on practices that had been shown to do more good than harm and if the mechanisms through which their beneficial elements were understood. But neither of these conditions apply.” – Dr Iain Chalmers, the director of the UK Cochrane Centre and a vociferous proponent of systematic reviews.

There is a scarcity of medical evidence to support the majority of present day medical practices, many of which could be replaced by safer, more economical and more sensible natural health care practices. Let us hope public and industry pressures will bring resolve and change to the government policies of which we live by.