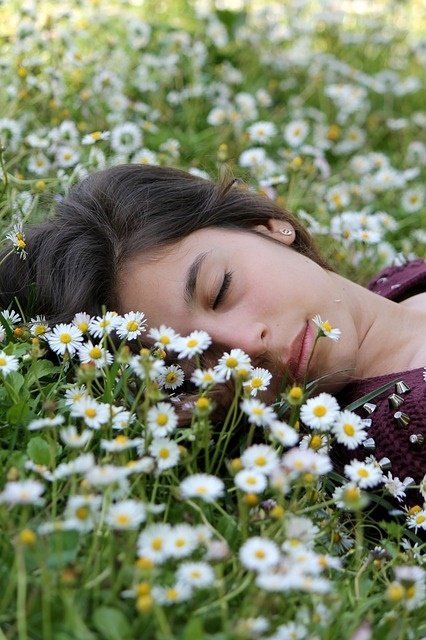 Melatonin, the primary hormone of the pineal gland, acts as a powerful agent maintaining normal circadian rhythms. The production of melatonin from serotonin is primarily nocturnal and is controlled by exposure to cycles of light and dark, independent of sleep. In patients with sleep disorders and altered circadian rhythms, such as jet lag, night shift work and neuropsychiatric disorders,  supplementation can provide resynchronization of those cycles. Melatonin levels at night are reduced to 50% by exposure to a low-level incandescent bulb for only 39 minutes, and it has been shown that women with the brightest bedrooms have an increased risk for breast cancer. Reduced melatonin production has been proposed as a likely factor in the significantly higher cancer rates in night workers… Melatonin is a potent scavenger of free radicals and exerts direct inhibition of cancer growth,  also has research to show lowering of LDL- and total cholesterol levels. Abnormally low levels have been theorized to be a factor in multiple sclerosis, coronary heart disease, epilepsy, cancer, weight regulation and postmenopausal osteoporosis.

Melatonin administration, regardless of dosage time, exerts a hypnotic and sedative effect
when given in doses of 0.3-5.0 mg (close to the normal physiologic range). If taken before onset of normal night time levels, even low doses can induce sleep, research indicates melatonin exerts a sleep-promoting action by accelerating sleep initiation and improving sleep maintenance. GABA is a neurotransmitter that has a quieting effect on the brain and melatonin is thought to potentiate the affects of GABA via direct interaction with GABA receptors.  Melatonin has been shown to be as or more effective than Temezepam (and other benzodiazepines) without the next day drowsiness and totally non addictive…

Melatonin is a powerful scavenger of reactive oxygen species (ROS), including the hydroxyl and peroxyl radicals, as well as singlet oxygen, and nitric oxide. Melatonin stimulates the very powerful antioxidant enzymes superoxide dismutase, glutathione peroxidase, and catalase also reduces lipid peroxidation more efficiently than either vitamins C or E… Research has also demonstrated anti-inflammatory properties via down-regulation of proinflammatory cytokines and inhibition of nitric oxide and MDA production. In addition, melatonin may protect the gastric mucosa against ulceration and alcohol insult, possess anticonvulsant properties and act as a hypotensive agent by relaxing smooth muscle in the aortic wall.

Melatonin supplementaion has a significant affect on numerous hormones. It has been shown to enhance luteinizing hormone levels in women during the follicular phase of the menstrual cycle, and cortisol levels in older (but not younger) women. Enhances prolactin secretion without affecting its circadian rhythm, and exogenous melatonin decreases plasma progesterone and oestradiol levels in healthy women. Glucose tolerance and insulin sensitivity are reduced by melatonin and may increase insulin levels via a direct effect on the pancreas.

Several clinical studies indicate that supplementation with melatonin is an effective preventative treatment for migraines and cluster headaches. Studies have examined melatonin secretion and its circadian rhythm in migraine patients, as well as the effect of melatonin administration on migraine sufferers. Studies on melatonin secretion levels demonstrate decreased nocturnal secretion and lower  levels during a migraine. Studies utilizing a low dose of 20 μg melatonin infused I.V. over four hours prior to bedtime for three nights, or 3-5 mg oral melatonin for up to one month reported decreases in headache frequency intensity, and duration… Melatonin has been shown to be effective in treating seasonal affective disorder, and is being considered for bipolar and other disorders where circadian disturbances are involved. It has been observed that bipolar disorder might have, as a “trait marker” (something which is characteristic of being bipolar, that does not change with state), super sensitivity to light, i.e. a greater decrease in melatonin secretion in response to light exposure at night. This could be contrasted with drug-free recovered bipolar people not showing light hypersensitivity…

Melatonin levels do not seem to vary with age, however some people may have naturally high levels and others low. Many aged patients may be taking medications such as beta blockers, n saids and aspirin which suppress melatonin production, thus circadian rhythm – sleep. When trying to advance the sleep onset, melatonin should be given 1-2 hours before desired sleep onset..dosages between 0.3mg and up to 10mg, but usually 2.5mg – 5mg nightly…if staying asleep is an issue then consume just before bed time.