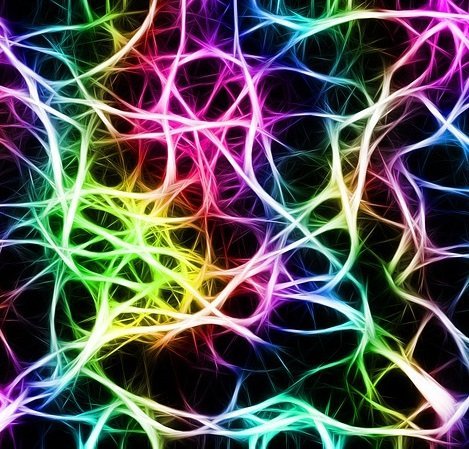 Brain-nerve chemicals – Several dozen different neurotransmitter varieties have been identified in the brain and more continue to be recognized. Our knowledge of the specific functions of neurotransmitters is still in its infancy, but it seems that each one probably plays some role in most behaviors. A neurotransmitter imbalance is usually involved in brain disorders, including Parkinson’s disease, attention-deficits, obsessive-compulsive behavior, moods, aggressive behavior and so on. Imbalances can be caused by a variety of factors including genetics, hormones, weight, chemicals, heavy metals with special emphasis on dietary and nutritional deficiencies…

Is necessary for healthy assertiveness and sexual arousal, proper immune and autonomic nervous system function. Dopamine is important for motivation and a sense of readiness to meet life’s challenges. One of the most vulnerable key neurotransmitters, dopamine is depleted by stress or poor sleep. Alcohol, caffeine, and sugar all seem to diminish dopamine activity in the brain. It’s also easily oxidized, therefore eat plenty of fruits and vegetables whose antioxidants help protect dopamine-using neurons from free radical damage. Age-related cognitive decline is associated with dopamine changes in the brain. People whose hands tremble from Parkinson’s disease have a diminished ability to synthesize dopamine, which is crucial to fine muscle coordination. Attention deficits are also connected to dopamine.

This is the calming neurotransmitter important to the maintenance of good mood. It promotes contentment and is responsible for normal sleep. Serotonin plays an important role in regulating memory, learning, and blood pressure, as well as appetite and body temperature. Low serotonin levels produce insomnia, depression, aggressive behavior, increased sensitivity to pain, and is associated with obsessive-compulsive eating disorder. In addition to the central nervous system, serotonin also occurs in the walls of the intestine and it can be found in platelet cells that promote blood clotting. It is important to note, that only a very small percentage of the body’s serotonin actually occurs in the brain, most of it resides in gut tissue for peristaltic regulation and in the blood vessels. Serotonin is synthesized from tryptophan, magnesium and vitamin B6. The best food sources of tryptophan include brown rice, cottage cheese, meat, peanuts, dairy and sesame seeds. Serotonin interacts with at least 15 different receptors in the body. After age 20, one of serotonin’s most common receptors starts to decline in the brain. Known as 5-HT2A, it was shown in one study to vanish at about 15% per decade, which may be why depression commonly appears in middle-age.

This is responsible for an upbeat mood, positive self-image, goodwill and sound sleep. A calming neurotransmitter that allows brain cells or neurons to interact, GABA apparently regulates the “anti-anxiety” part of the brain. A “stress” or anxiety attack may include the following symptoms: trembling, twitching, shaking, breathlessness or rapid heartbeat; lightheadedness or dizziness; sweaty or cold clammy hands; muscle tension, myalgias, sleep problems, including early waking, or restless unsatisfying sleep. Anti-anxiety medications such as Xanax, Valium and Ativan, are effective because they target GABA receptors in the brain. They can also be very addictive and dangerous, both in short-term and long-term use. As many people know, it is very easy to overdose on diazepams and mixing them with other drugs and alcohol can be extremely hazardous.Withdrawal from these types of drugs is considered more difficult than withdrawal from heroin…

This is the primary chemical carrier of thought and memory. Acetylcholine is essential for both the storage and recall of memory, and partly responsible for concentration and focus. It also plays a significant role in muscular coordination. A deficit in acetylcholine is directly related to memory decline and reduced cognitive capacity. Unlike other key neurotransmitters, acetylcholine is not made from amino acids. Its primary building block is choline. Therefore, the more choline you consume, the more acetylcholine you can produce. Choline belongs to the B family of vitamins and is a fat-like substance that’s necessary to metabolize fats. It is found in lecithin as phosphatidyl choline. Foods high in lecithin include egg yolks, wheat germ, soybeans and whole wheat products. Choline is also a vital component to the structure of your neural membranes. Vitamin C and B5 are needed for your brain to synthesize acetylcholine. Acetylcholine levels tend to decline with age, due to a lack of antioxidants… (i.e. – take Vitanox everyday)

When scientists scanned the brains of 21 healthy men and women, 20 to 70 years old, they observed dramatic age-related drops in the density of 5-HT2A serotonin receptors in the brain, about 15% per decade – even though none of the participants were suffering from depression… Interestingly, dopamine receptors also decline with age. When dopamine and glucose metabolism were measured in the brains of 37 healthy subjects, researchers saw a 6% per decade decline in dopamine D2 receptors, after age 20. This decrease in receptors and in glucose metabolism translates into deterioration of brain activity and of cognitive function.

People who repeatedly perform ritualistic-type movements may be suffering from obsessive-compulsive disorder (OCD). A type of OCD known as “body dysmorphic disorder” is a characterized by a preoccupation with an imagined or slight defect in appearance. For example, no matter their actual body size, anorexics firmly believe they are too fat. Conversely, “bigorexics” think themselves too small. Serotonin helps regulate mood, appetite, impulse control and is involved in eating disorders associated with these forms of OCD. The Mount Sinai School of Medicine says this exaggerated sense that something doesn’t look right has a connection with serotonin, because one of this neurotransmitter’s functions is involved with turning off brain processes that signal when “things don’t fit our conceived notions.” Even though nothing is wrong, a mental alarm continues to sound due to abnormally low levels of serotonin…. Some serotonin specific receptors are suspected in control of food intake as mice lacking this gene become obese from increased food intake and are also subject to fatal seizures.