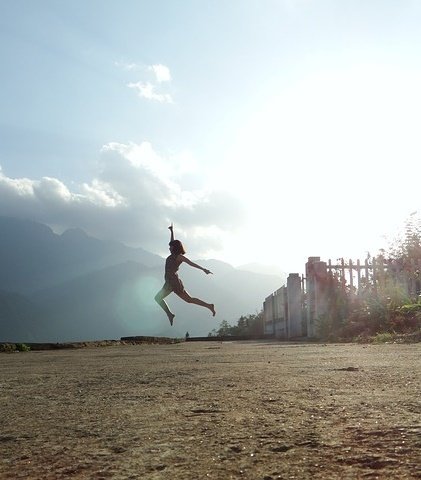 The most common symptom of Bacterial Vaginosis (BV) is an abnormal vaginal discharge (especially after sex) sometimes with an unpleasant fishy smell. While some women do not experience symptoms, many women experience intense itching, swelling and irritation (which is why it is often misdiagnosed by patients and even health care practitioners as a yeast infection), as well as stomach pains, which feel like severe cramps. By contrast, a ‘normal’ discharge will be odorless and will vary in consistency and amount with the menstrual cycle – a normal discharge is at its clearest about 2 weeks before the period starts…

The vaginal milieu is constantly changing, colonization is primarily to be of the Lactobacillus species, however many other bacterial species may be present. Gardenerella occurs in 40 – 50% of BV cases, gives rise to a fishy odour and a grey watery discharge. Trichomoniasis found in 30% of cases, is a sexually transmitted parasite which is found in 3-13% of women with no symptoms and 20-50% of women attending sexual health clinics, may give of a grey to yellow green malodorous discharge, may cause cystitis and painful intercourse…Yeast, candida and mold all may populate the vaginal linings and  DNA samples have suggested many viruses are or have infected the vaginal cells and then there is herpes infections, mycoplasma, venereal warts, gonorrhea and syphilis, the last two are more prevalent in Asia and Africa and perhaps the ladies of the night…

The importance of pH and normal flora

Of critical importance is vaginal pH in diagnosing bacterial vaginosis… The lactic acid producing Lactobacillus species are the predominant bacteria inhabiting the vagina, yet when greater anaerobic populations appear, the acidity of the vaginal secretions will become significantly neutralized.  The pH of vaginal secretions is normally between 3.8 and 4.2. Vaginal pH measurements that are above this range and especially those above a cut-off value or 4.5 have been defined as evidence of an abnormal vaginal condition. If bacterial vaginosis develops the acidity is significantly reduced. In severe cases of bacterial vaginosis, the vaginal pH even is raised close to the neutral value of water, or 7.0. Thus vaginal ph is a major indicator in vaginal health and probably knock effects for fertility… (sperm are pretty fussy as to what environment is conducive for their journey)

Treatment options vary somewhat due to the type of infection. Still the basics will serve very well, direct insertion of acidophilus capsules achieves vaginal colonization. A clove of garlic inserted overnight may be very beneficial to yeast/candida and some bacterial infections. Andrographis tablets taken orally work well as an antibiotic whilst promoting increased beneficial populations. Other infections yet may take more specific prescriptions… There are many herbal female “tonics” – the best is Golden Seal, due to the natural antibiotic effect entwined with a strong affinity to linings, however Dong Quai, Squaw Vine, Ladies Mantle and False Unicorn are among the options. Garlic at high strength and high quality is very effective against candida…B vitamins especially, B1, B2,  B5, and B6 have estrogen like effects and work synergistically with estrogen. Vitamin A is very useful for all linings by aiding the immune component IgA which provides infection resistance and protection of linings. Vitamins C, E, and the mineral zinc all have strong immune and connective tissue roles thus should be increased via diet or supplementation…i.e. nuts and fruits…

Experience has suggested that most discharges/ itches / irritations are not candida, but are some or many of the above mentioned infections. Too often, females are reluctant to suggest a problem may exist or are not proactive to resolve the issue.. Investigation via Vega testing will highlight the bug, but the testing must be specific to that area, thus it is imperative to sing out if there is a problem occurring. Testing for  pH is as simple as using a ph tape indicator readily available from the clinic. Girls, be proactive, a resolution to these nagging conditions may be as simple as increased yoghurt or fermented food consumption.

Vaginal cultures were obtained from 109 non-pregnant women, 47 of them with clinical signs of Bacterial Vaginosis (BV+) and 62 of them without BV (BV-). Anaerobic bacteria were isolated in 91% BV+ and 18% BV-. Peptostreptococcus , Prevotella bivia and Porphyromonas were strongly associated with BV. P. bivia and Prevotella spp. represented 44% of all the anaerobes isolated in the BV+ group. Gardenarella and Mycoplasma hominis were isolated in 76% and 42% of the BV+ and 1% and 0% of the BV- women, respectively. Mobiluncus morphotypes were observed in 34% of the BV+ and 0% of BV- women.. Conclusions: Our data demonstrate a strong association between G. vaginalis, M. hominis, and P. bivia and Bacterial Vaginosis. – Obstetrics and Gynecology 2001