The deputy Chairman of the British Medical Association spoke recently on research which found that those who take statins (cholesterol-lowering medications), are more than twice as likely to develop Parkinson’s disease.[1] 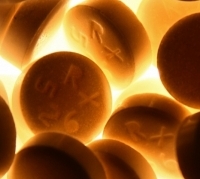 The research also showed that a higher total cholesterol level was associated with a reduced incidence of Parkinson’s disease. This is because cholesterol is a principle substance in the brain and nervous system, where it makes up almost a third of the total cholesterol content of the body. Most of this is found in myelin, the protective sheath that wraps nerves and brain tissue.

A more recent study showed statin use increases the risk of diabetes by 46 per cent.[2]

These results have led to calls to end to the widespread use of the drugs. The findings are quite alarming, and experts are calling for them to no longer be supplied to anyone but patients at high risk of a cardiac event.

The deputy chairman, who himself suffered debilitating muscle pains while taking statins, said of the Parkinson’s research: “This research has been done over a considerable amount of time and on a considerable number of people and it is very worrying.”

Speaking in a personal capacity, he added: “The risks of side-effects of these drugs are far greater than any potential benefits and it is high time these drugs were restricted in the low-risk population and only given to people with existing heart disease.”

Adapted from the article: Parkinson’s link to statins: calls to end widespread use of the drug. By Lucy Johnson, writing for Express, 8th March 2015.