Why stress can lead to weight gain… 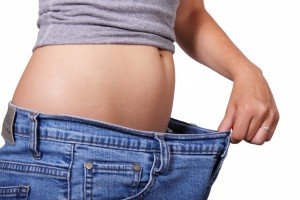 As if the stress of modern life wasn’t enough, it could also be causing us to put on weight.

Cortisol is a bit like a person that means well, but whose actions can end up causing a world of pain. We’ve probably all known at least one of these people, and unfortunately, when it comes to the stress hormone, our bodies know it all too well.

On the good side, cortisol and its stress hormone sibling adrenaline are integral to our survival or “fight or flight” mechanism. It’s an age-old tool that primes our bodies for things like being chased by a sabre-toothed tiger across an icy tundra.

Produced by adrenal glands above the kidneys, cortisol – when it’s behaving itself – can help the body metabolise glucose, reduce inflammation and control blood pressure.

On the bad side, a deficiency of cortisol can cause muscle fatigue, chronic tiredness, nausea and vomiting, abdominal pain and weight loss.

So what’s the connection between stress and weight gain?

Like some cruel joke, not only do we have to deal with the stress of modern life, but also the extra burden that it could be causing us to become fatter. It’s what Mosley calls one of the “silent side effects of stress”.

To be fair, cortisol is not the only thing to blame. When we become stressed, a suite of stress hormones, including cortisol and adrenaline acting on the ancient fight or flight response, cause the liver to release glucose into the bloodstream. That’s designed to provide us with muscle fuel to flee said sabre-toothed tiger chasing us around said icy tundra.

But we live in a different world. The modern age’s version of the sabre-toothed tiger is work, mortgages, relationships and any number of stressors. Rather than needing the energy to hotfoot it and replenish our stores, we’re often sedentary when dealing with the effects of stress.

Unless used immediately by our muscles, the blood glucose is stockpiled in other organs like the liver. But a good deal of it is used and stored in our fat – visceral fat around organs and our bellies being the worst kind.

The stress hormones released in our body – we’re looking at you, cortisol – still make us hungry for replenishment and eager to calm this most unpleasant of conditions, often with sugary and fatty foods.

How you can counter potential stress fat

Unless you’re a monk high on the high altitude air at a serene Nepalese mountaintop monastery, you’re going to experience stress, so there’s no avoiding that. But here are some tips on how you can reduce stress and the potential for developing stress fat:

It’s one of the hardest things to do when stress is trying its damnedest to magnetise you to these glorious foodstuffs. “Good luck with that,” we hear you say, but while the initial effect of chowing down junk food may be calm and comfort, you’ll only add to your stress with the extra inches added to your waistline. Don’t scoff (as it were), but try to have some healthy options on hand, like nuts, when you get the munchies.

Again, the echo of “good luck with that” rings out, but studies have shown caffeine can have a dramatic effect on cortisol levels. According to Shawn Talbert, PhD, author of The Cortisol Connection: Why Stress Makes You Fat and Ruins Your Health – And What You Can Do About It, around 200mg of caffeine (about two cups of coffee) increases cortisol in the blood by 30 percent within one hour.

He relays a study by the University of Oklahoma that found caffeine intake and the addition of stress leads to a spike in cortisol levels, which only increases with the additional caffeine we have throughout the day.

Calm and focus the grey matter with mindfulness, meditation, or yoga, or just enjoy a massage. Get the endorphins going with some aerobic exercise, or some sun and fresh air outdoors with a spot of gardening or another pursuit. Social contact can also reduce stress, so organise a catch-up with a friend. We’ll leave caffeine intake up to your discretion.

Something of a catch-22 if stress is playing havoc with your sleep patterns – lack of sleep is a major stressor in itself. But prioritising a goal of healthy sleep is paramount, as science has proved.

Prevention reports that a study carried out by the University of Chicago found appetite, weight gain and the dreaded cortisol increase if you’re only getting an average of six-and-a-half hours of sleep each night. The recommended amount of sleep is eight hours.

Call 9785 7885 to book your
**COMPLEMENTARY INFORMATION SESSION**
or click below to make an inquiry.

Disclaimer: metabolic balance® is not a medically supervised program. The metabolic balance® plan and system is designed to help healthy individuals lose weight and achieve a healthier lifestyle. It is a recommended dietary program only and in no way represents medical treatment or medical advice. The program does not constitute a medical product or service and does not diagnose or treat any medical condition or disease. It does not accommodate for physical or medical conditions, food allergies or the taking of any prescription drugs. All medical conditions and your current health status should be discussed with your physician prior to beginning this, or any other, weight loss program